Roasted potatoes never tasted so good! The special thing about this Greek Lemon Potatoes recipe is that it is baked while soaked in a rich flavoured lemon garlic broth, these potatoes then had all the time to really suck up those flavours while being roasted to golden perfection. You’ll never bake potatoes the same way again!

Everybody loves a good greek recipe, and this recipe is not so different, these are not your usual roasted potatoes. It’s true that drizzling oil, salt, and pepper on your potatoes and then bake them will make a good side dish, but it’s never a bad idea to try new things every now and then, especially if they are tasty!

All you have to do is to follow a few extra steps than how you usually roast your potatoes, and that would make all the difference, you’ll end up making the crunchiest roast potatoes ever! They are thick, crusty, perfectly seasoned, and fluffy from the inside. These are the ingredients you’re going to need : 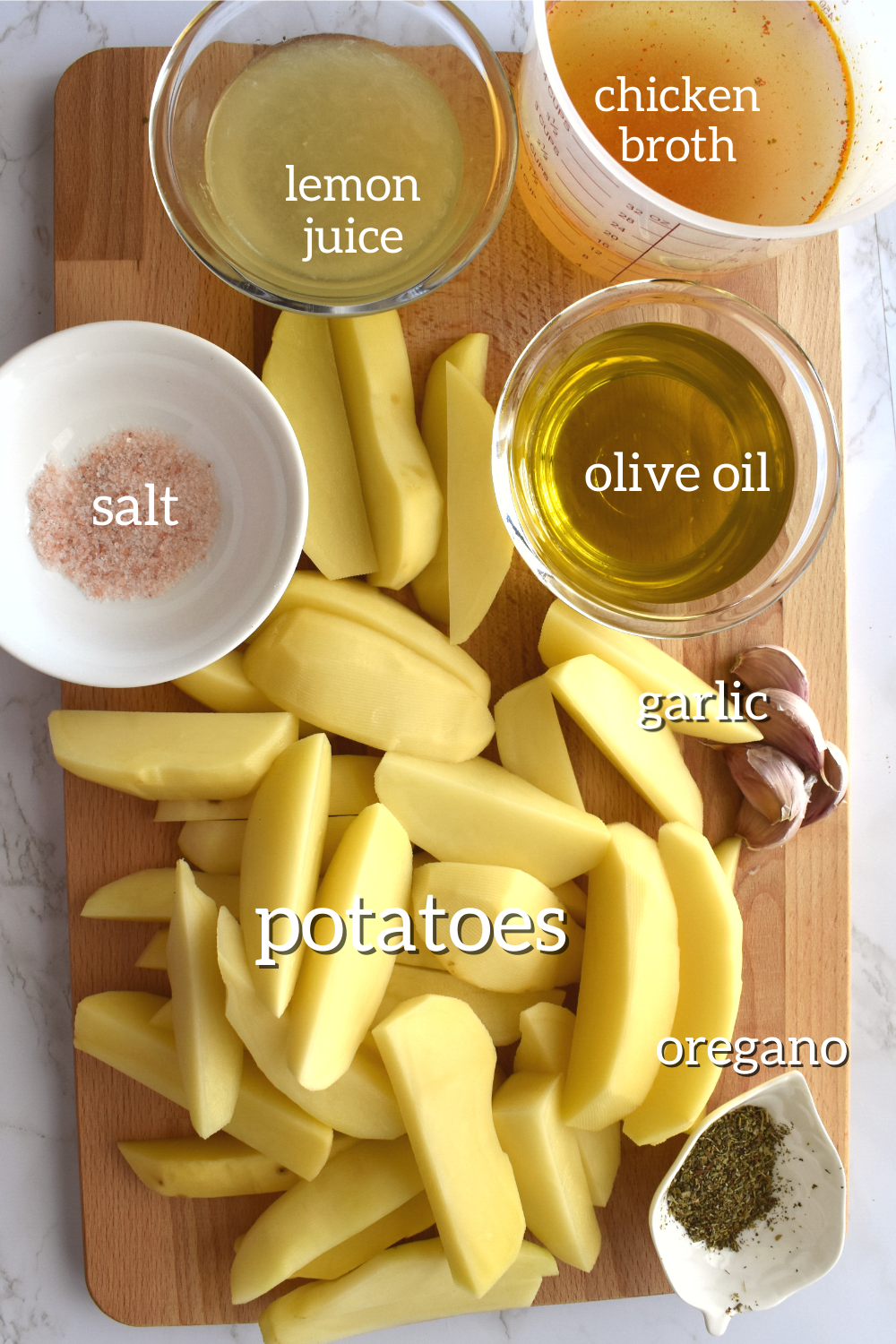 How to make Greek Lemon Potatoes

How to cut the potatoes for this recipe

These potatoes are going to be cooked for quite a long time, so you have to make sure to cut them into chunky pieces so that they last long, you can cut medium potatoes into 3 pieces, and large potatoes into quarters or thick wedges. 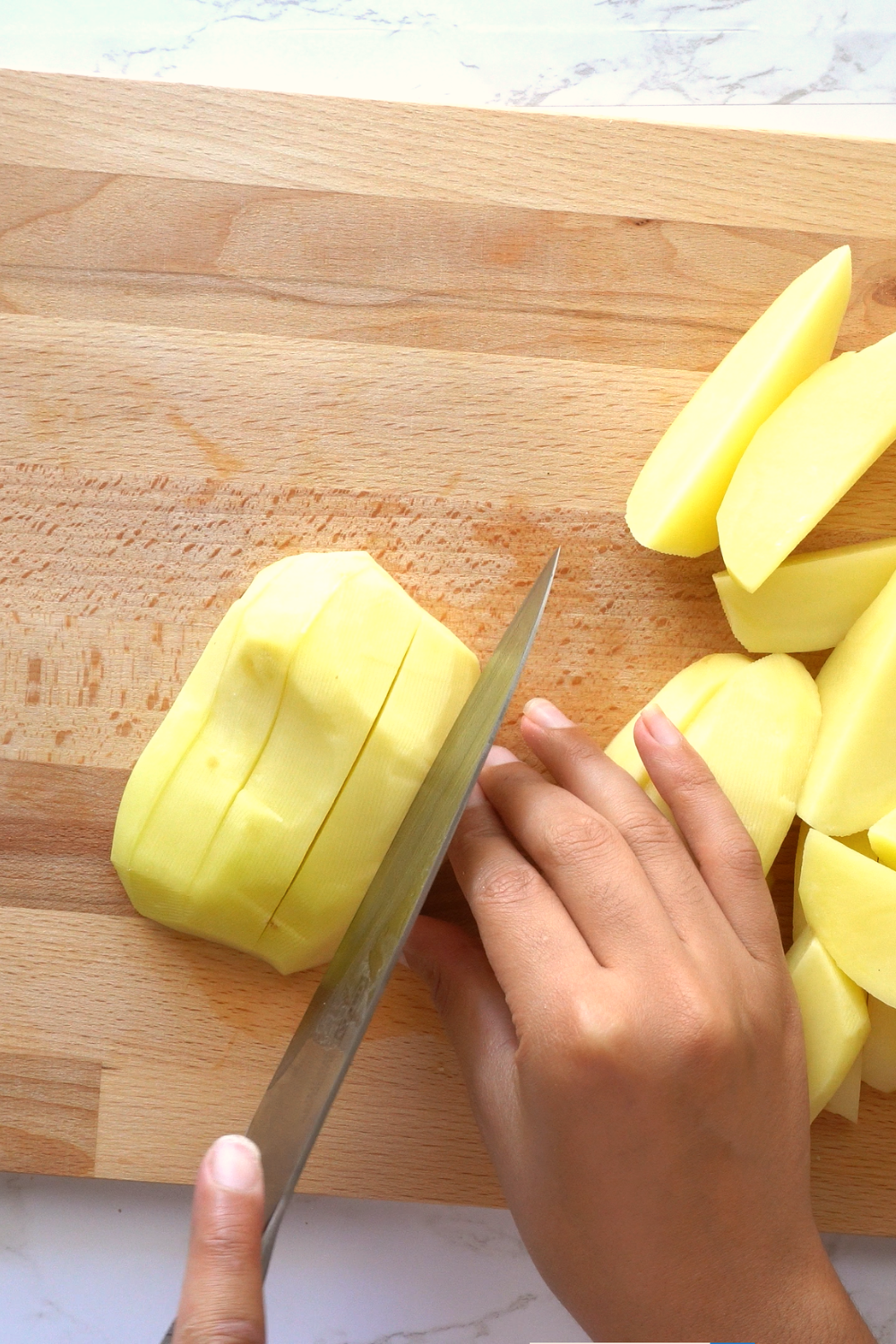 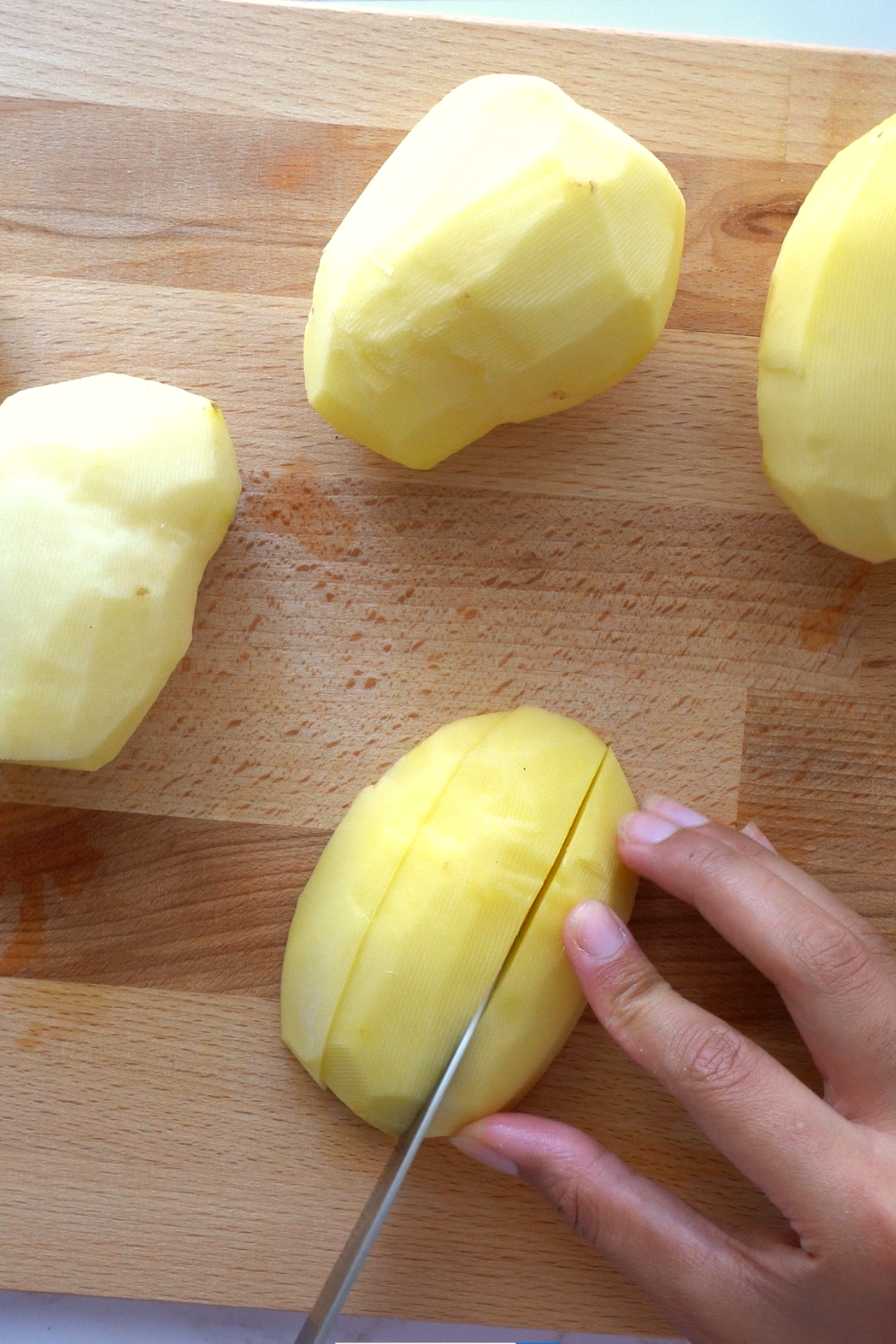 Half braised, half roasted

The special thing about the Greek Lemon Potatoes as mentioned earlier is that it takes quite some time to cook, they are first braised in the lemon-garlic broth so that they suck up all that flavour, then you keep on roasting them until the liquid evaporates, leaving just the oil to roast the potatoes until golden.

It can be quite tricky to follow all these steps to roast the potatoes perfectly using only one pan. It is impossible to roast the potatoes whiteout the garlic burning. it’s either one or the other, golden garlic or golden potatoes. You will also end up with burnt ridges from the caramelised lemon juice and brow on the base of the pan.

This is the easiest, less risky way of making Greek Lemon Potatoes to have that golden result that you want: Braise in one pan then roast in another! First, you’ll braise in the first pan to suck up all the flavour, then transfer to a tray to bake until golden, drizzled with the flavoured oil from the first pan.

You’re free to skip the transference step.  Just keep in mind that your potatoes won’t look as golden as the ones in the picture, otherwise, you’ll end up with thin dark burnt ridges and the garlic with burn. 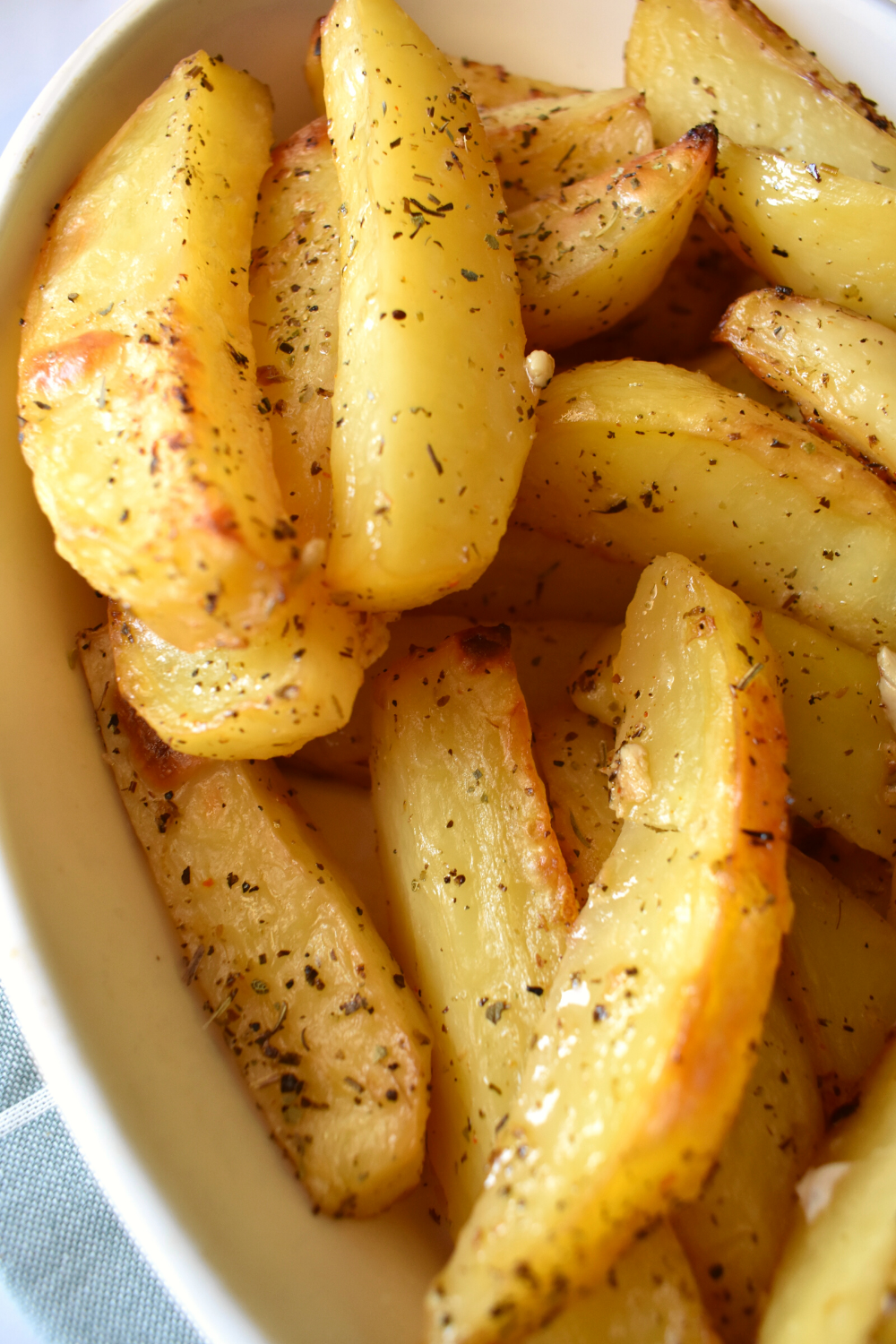 Note: Greek Lemon Potatoes are naturally not the crispiest type of potatoes recipe because they are submerged in lemon and broth, it is scientifically impossible for them to be very crispy, but this special tip given earlier, half braised, half roasted,  will help your potatoes have nice crispy edges and some crispy surfaces and in any case, you won’t miss major crunch factor because these have so much more flavour than any other roasted potato.

These potatoes are so good! You can’t stop once you start consuming them!

Watch How To Make It 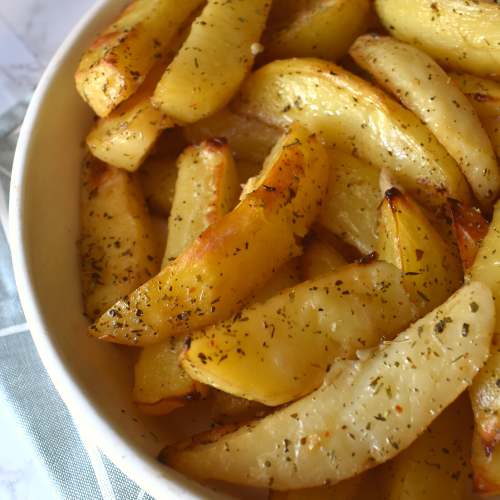 What makes these potatoes taste really good is the lemon-garlic oregano flavoured broth, that the potatoes suck up, the potatoes are then roasted until golden and crispy! these potatoes are a good side dish that you can prepare for your lunch or dinner.
Print Recipe Pin Recipe
Prep Time 10 mins
Cook Time 1 hr 10 mins
Total Time 1 hr 20 mins
Course Side Dish
Cuisine Greek
Servings 5 servings